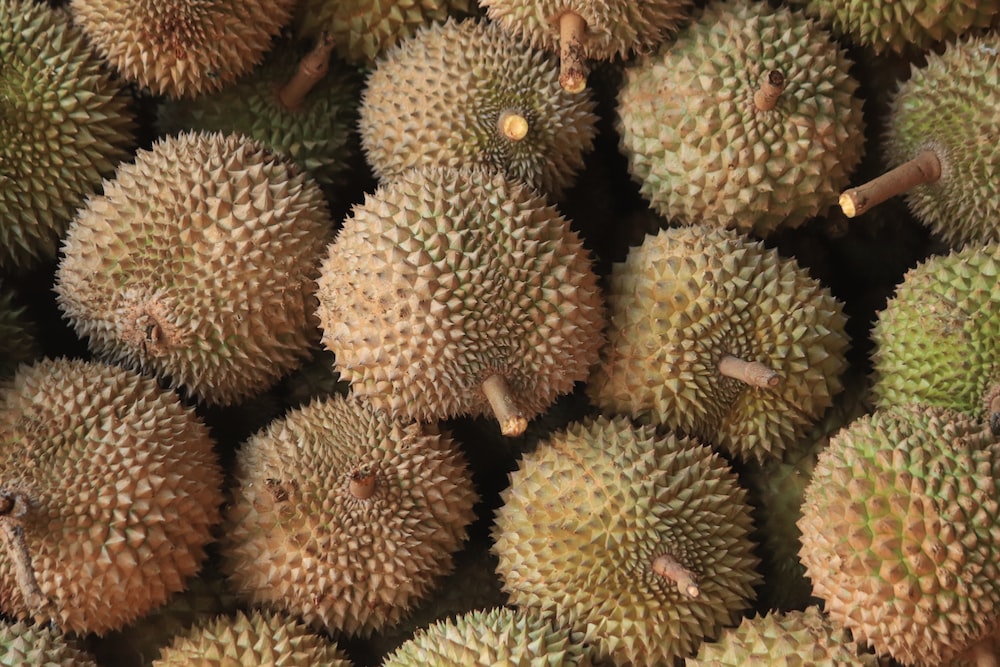 Durian is a Thai king of fruit that is well-known across the world. There are many species of Durian that are available in Thailand, approximately more than 30 species. Each species has distinct characteristics, which means that the flavor, smell, texture, and price of durian vary. I would list the top five durian species in Thailand as follows:

It is the easiest species to find in the Thai market, and this species is the most popular among the people due to the large size of roughly 3-4 kilograms, more yellowy , and less sogginess than other species. The smell is not too overpowering, and the flavor is sweet and delicious. The pricing is similarly reasonable, ranging between 160 and 200 Baht per kilogram.

It is the most expensive species, costing more than 1,000 Baht per kilogram in some areas, but it is the most delicious and difficult to find in Thailand. Large and giant durian seeds have greater features than other types. Karn Yao is from Thailand’s Nonthaburi province. The meat of the durian is a beautiful yellow color. It is more than just a sweet, and not overpowering odor.

ChaNee is medium in size, yet short and spiky. There is chewy, sweet, and fragrant durian yellow meat. The seeds are small and contain a limited quantity of seeds. It is delicious whether the meat is freshly ripe or unripe, but the texture will be different. ChaNee is reasonably priced, ranging between 140 and 180 Baht per kilogram. Because the scent of ChaNee is so strong, many people like it when it is processed in the dessert.

In the Thai market, you will see this species being sold for the first time since March because it rapidly grows and receives productivity. It is easy to find and affordable, around 90-140 Baht per kilogram. The size is small and it weighs around 1 kilogram. The durian meat is delicate, soft, pale yellow, but rather thin and has large seeds. However, the taste is dropped rather than other durian species, particularly Monthong and Karn Yao.

This species is from the eastern region. The size of this species is small and the meat also less than other species. As a result, the price is affordable around 110-130 Baht per kilogram. However, it is quite hard to find since the farmers mostly focus on planting the Monthong and Karn Yao.

These are the top five durian species in Thailand that you should not miss if you are the durian lover. Durian can be used in a variety of dishes, both sweet and savory such as durian chip, sticky rice, cheesecake, and others. However, I highly recommend you to purchase expat health insurance in Thailand especially from  Rabbit Care because if you have durian allergy, or diarrhea caused by consuming too much durian, the medical expenditures will be covered. You can find more information and purchase an insurance policy appropriately via Rabbit Care website.

Bringing your vehicle back from the USA to UK – worth the effort? There are many valid justifications to take your US vehicle back to the UK right off the

Mixer Mill is among the vital kitchen area devices as well as it is practically difficult to think of food preparation without utilizing a mixer mill. In nation like India,

Arranging preschool gathering pledges for your school is quite possibly the best method for expanding the relationship of your non-benefit gathering to the entire local area. To arrange another raising